contact
marcel-duchamp@hotmail.com www.philamuseum.org cv (pdf) Henri-Robert-Marcel Duchamp was a French, naturalized American painter, sculptor, chess player and writer whose work is associated with Cubism, conceptual art andDada,[although he was careful about his use of the term Dada and was not directly associated with Dada groups. Duchamp is commonly regarded, along with Pablo Picasso and Henri Matisse, as one of the three artists who helped to define the revolutionary developments in the plastic arts in the opening decades of the twentieth century, responsible for significant developments in painting and sculpture. Duchamp has had an immense impact on twentieth-century and twenty first-century art. By World War I, he had rejected the work of many of his fellow artists (like Henri Matisse) as "retinal" art, intended only to please the eye. Instead, Duchamp wanted to put art back in the service of the mind. edit profile 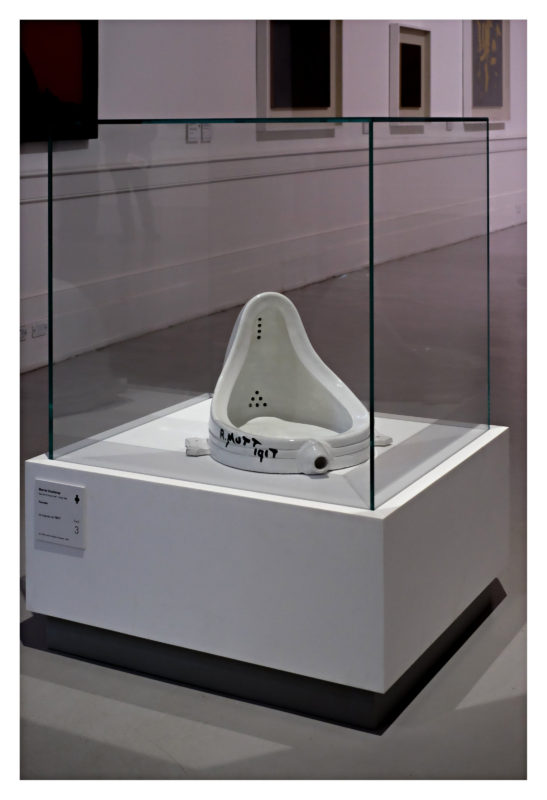 The most notorious of the readymades, Fountain was submitted to the 1917 Society of Independent Artists under the pseudonym R. Mutt. The initial R stood for Richard, French slang for “moneybags” whereas Mutt referred to JL Mott Ironworks, the New York-based company, which manufactured the porcelain urinal. After the work had been rejected by the Society on the grounds that it was immoral, critics who championed it disputed this claim, arguing that an object was invested with new significance when selected by an artist for display. Testing the limits of what constitutes a work of art, Fountain staked new grounds. What started off as an elaborate prank designed to poke fun at American avant-garde art, proved to be one of most influential artworks of the 20th century.